I wanted to calculate a density of states, which is projected onto the total angular momentum states j. As a test I made non-spin polarized calculations with spin-orbit coupling in the following way

I used the following manually adjusted input files for the third step (see issues #384 and #389 (closed)). 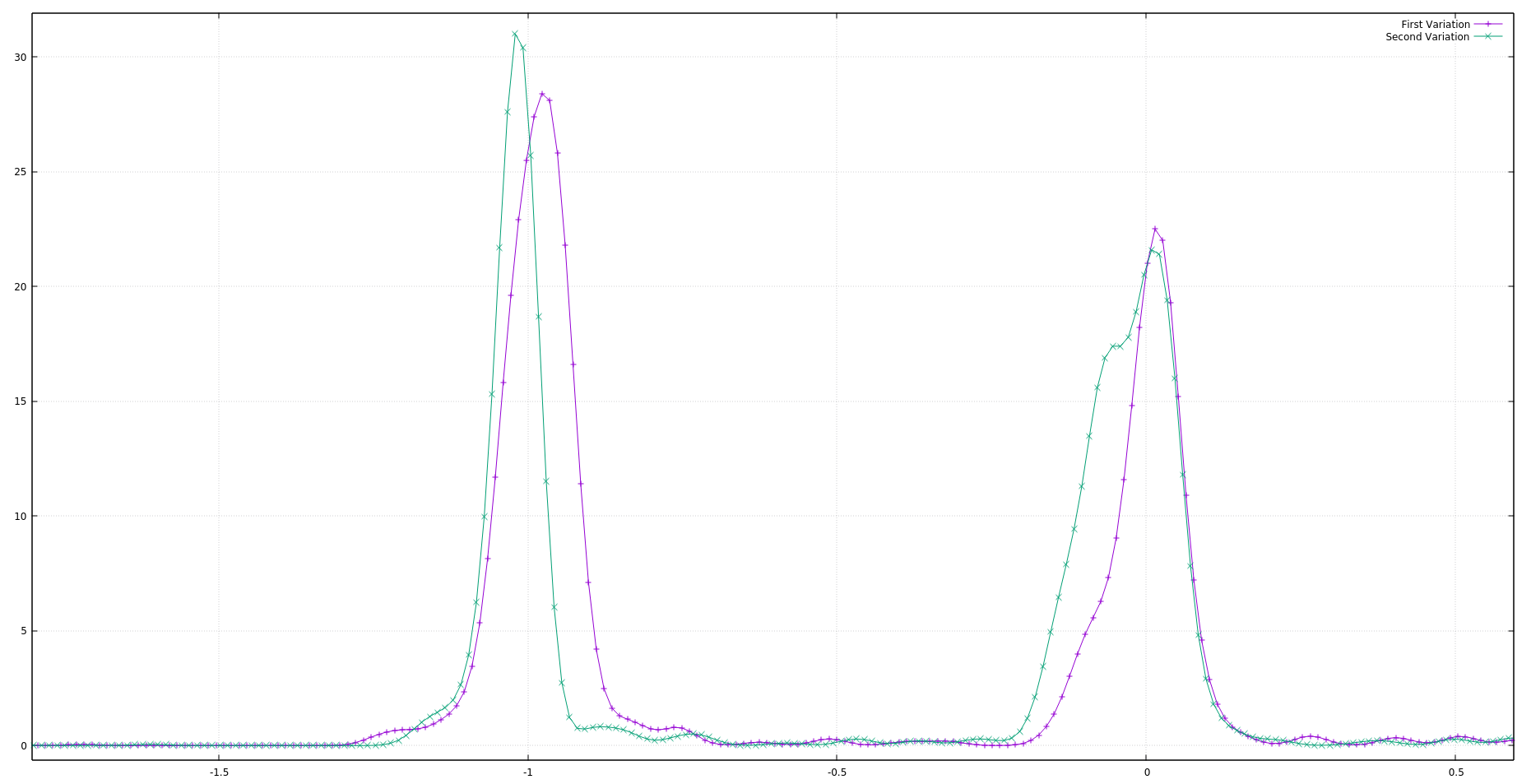 If you now take a closer look at the spectrum and the integral over the two peaks of the fDOS we get a weird behaviour. The integrals for second variation are approximately 3 for the lower peak and 4 for the upper peak. This is expected, because the lower peak should be the one with j=5/2 character, meaning 6 states in total. For first variation this is flipped. So the lower peak has an integral of 4 and the upper one 3. It seems like the j=5/2 and 7/2 states are flipped here. This can also be seen in the eigenvalues in the outfiles.

This is BUG because:

The problem only occurs if:

SOC, no change if no symmetries are used